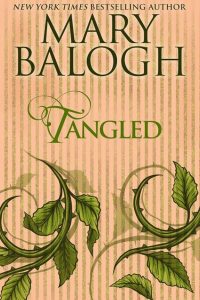 David, Major Lord Tavistock, has survived the Crimean War. But he knows he will always be haunted by memories of the brutal fighting, the wounds he sustained, and the death in battle of Julian, the foster brother he had loved and protected all his life. Now he is coming home to England, burdened with dark secrets he can never divulge, to face Julian’s widow—and to persuade her to marry him.

Rebecca has never liked David, and she is convinced she has good reason for her feelings. She does try her best, however, not to resent the fact that he has survived the war while her beloved husband has not. At first she is horrified by his proposal of marriage and believes that nothing could ever persuade her to accept. Circumstances cause her to change her mind, but she does not expect ever to fall in love with him. How, after all, can she forget the perfect love she shared with Julian? How can she overlook all the negative things she knows about David? How is she to ignore her growing suspicion that he was somehow responsible for Julian’s death?

How can she possibly be falling in love with him anyway?