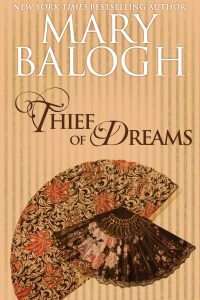 In an unusual twist of inheritance law, Cassandra Havelock becomes Countess of Worthing in her own right on her father’s death, and sole owner of his grand home and vast estates and fortune. However, she is only twenty years old, and her guardians and well-meaning relatives rally around to protect her and run her property for her. Their primary concern is to help her make a brilliant match with a man who can take all the burden of managing her inheritance off her shoulders. But Cassandra is about to turn twenty-one, and she has planned a magnificent birthday ball to celebrate the end of her year of mourning and her independence. She intends to take full charge of her own life, and she can do that only if she remains single.

Nigel Wetherby, Viscount Wroxley, has looked forward to the birthday ball quite as eagerly as Cassandra, though he has never met her, is quite unknown to her, and has not been invited. The occasion represents the fulfilment of all he has dreamed of for years. He introduces himself on the day of the ball as a dear friend of Cassandra’s late father and she is delighted to invite him to the ball. It is soon obvious to her alarmed relatives, however, that this handsome, charming stranger, who is fast weaving a seductive spell about their charge, has some mysterious agenda of his own.

Too late Cassandra realizes that in her naivete she may have been duped by a villain. And too late Nigel understands that in breaking her heart he may also be breaking his own.

But…is it ever too late for love to play a hand in this game?