How is my name pronounced? It is the question I am asked most often, apart from “Where do you get your ideas?” Balogh is a Hungarian name. The a is short, the h best ignored. My husband tells people to rhyme our name with Kellogg’s Corn Flakes. I tell them that as long as people are saying my name, I don’t much care how they pronounce it! 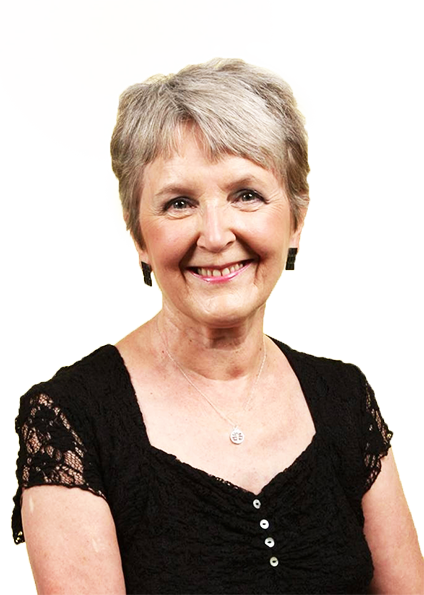 Growing Up in Wales

I grew up in post-war Wales as Mary Jenkins. It was in many ways an idyllic childhood even though Swansea, my home town, had been heavily bombed during the war, rationing was still on, and material possessions were few. If anyone knew how to stretch a penny to do the work of two, it was my mother. 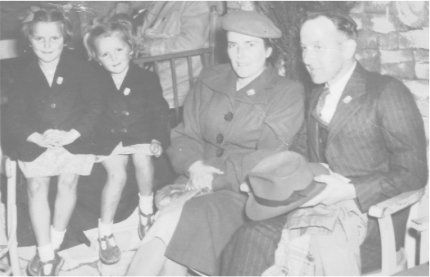 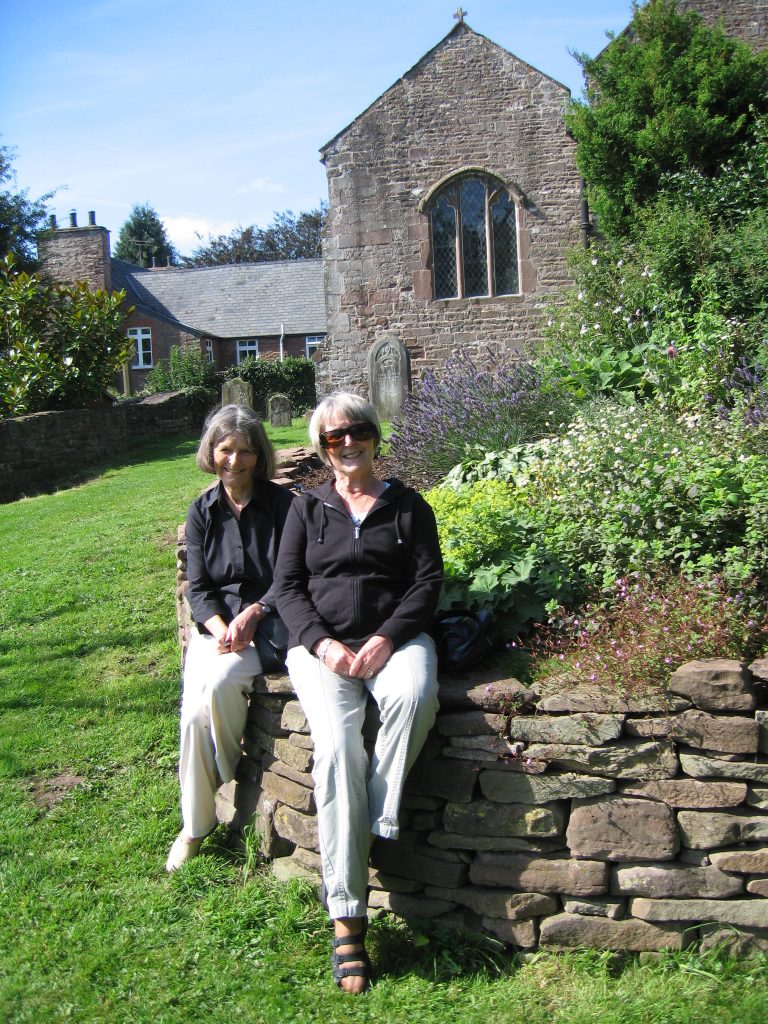 Moira and I both used to fill notebooks with stories. We read voraciously–especially every book of Enid Blyton’s we could get our hands on when we were younger, the classics when we were a little older. We both used to say that we wanted to be authors when we grew up, though the word we used then was authoress. We both fulfilled our dream, though we both financed it with careers as high school English teachers.

My sister, Moira, two years older than I, was my constant playmate and soul-mate. We both have a hard time convincing people who did not know us then that we were almost inseparable yet never quarrelled. Our few dolls became our family. They had names, personalities, histories. We used to lie awake in bed at night–until our mother would call up, promising dire consequences if we did not stop talking–inventing stories about our dolls’ antics. On summer days Mam would construct a tent out of blankets, string and clothes pegs attached to the clothesline and the garden fence, and we would play “house” all day. The neighbours must have cringed when we took our dolls for walks in the strollers Dad made for us, complete with solid–and excruciatingly noisy–wooden wheels.

Our mother, Mildred Jenkins, was a homemaker and gave us a life of marvellous security. She excelled at numerous crafts, most recently exquisite lace-making. In the days of our childhood she used to sew all our dresses and knit all our sweaters while we did the same for our dolls. Our father, Arthur Jenkins, was a painter and sign writer at the time when the latter was still a skilled manual art. He was a gentle, patient, widely loved man. Our favourite game many evenings was combing his hair, buttoning and unbuttoning his waistcoat, and covering him with shawls when he must have been exhausted after a day’s work.

I had a very good education thanks to parents who emphasized the importance of school and career at a time when many people were still saying that education was wasted on girls. I was fortunate to be young at a time when there was employment in almost any field I might have chosen. I wanted to teach and travel, and came to Kipling, Saskatchewan, Canada, on a two-year teaching contract. But at the end of the first year I had a blind date with a man named Robert Balogh and found a tall, sharply dressed, blue-eyed Adonis standing in my landlady’s kitchen when I came down from my room on the fateful evening. We were married a little over a year later. Robert used to farm but now rents his land to his brother and nephew. He is a retired ambulance driver and coroner and now spends his time cutting lawns in summer and clearing snow in winter-except during December, when he is transformed into Santa Claus. 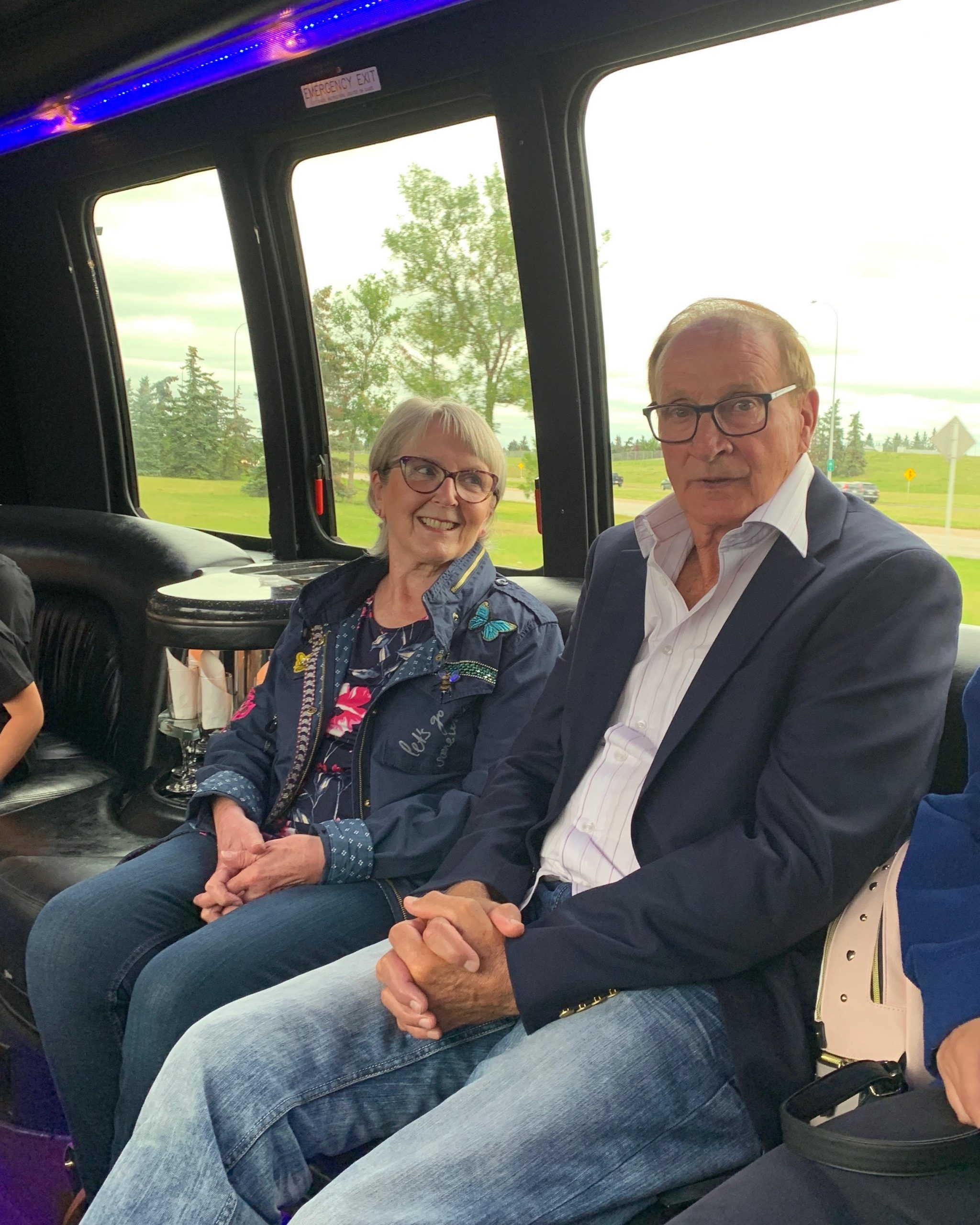 Mary and Robert on their Golden Wedding anniversary 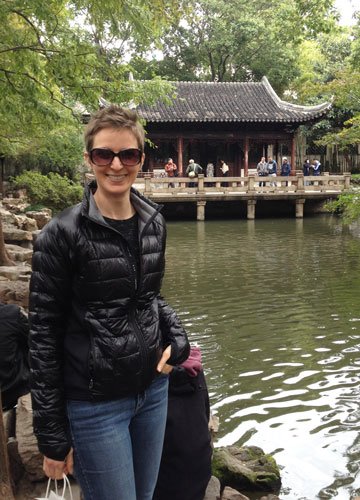 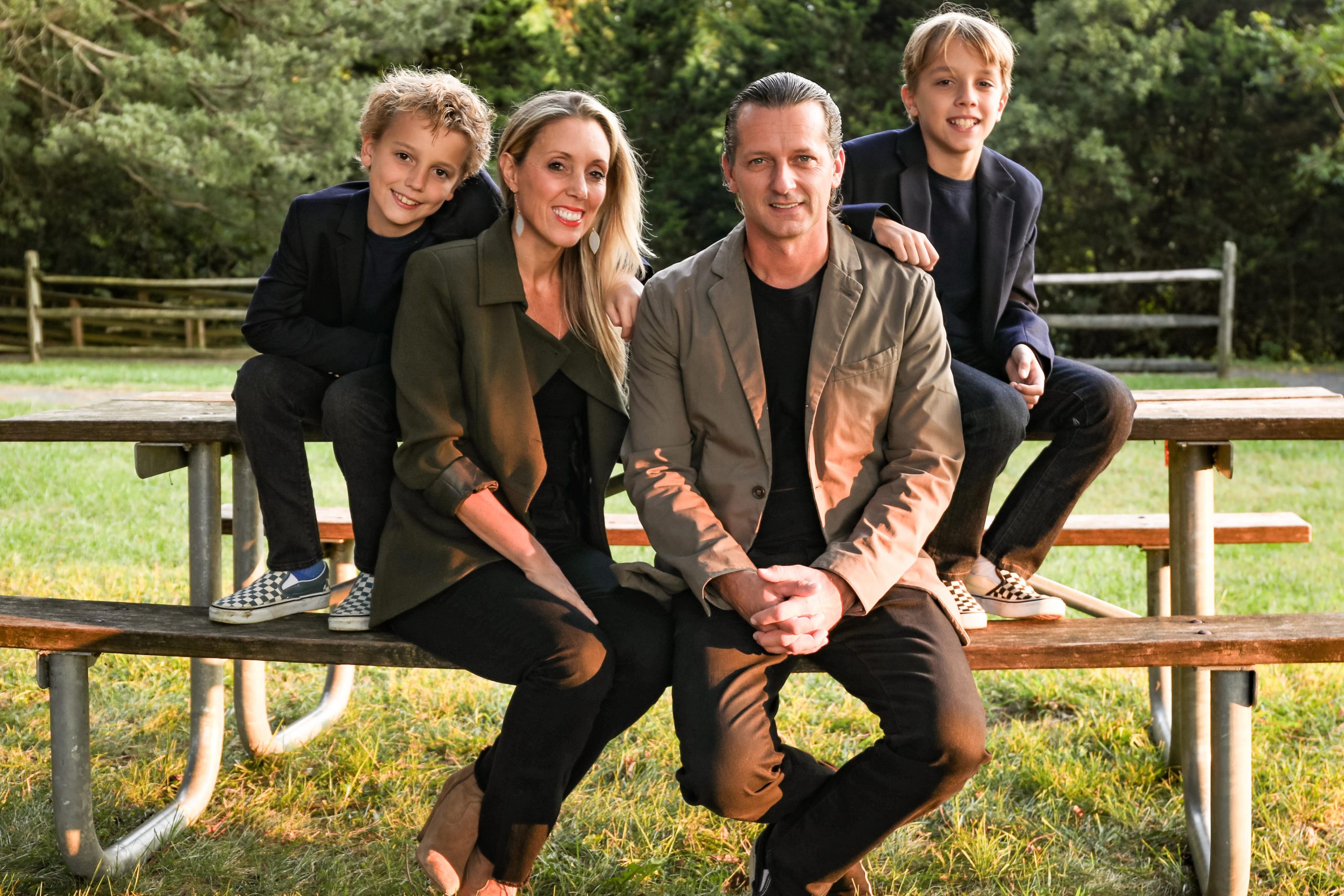 Christopher, our middle child, lives in New Jersey with wife Carey and sons Cash (beside Chris) and Christo (beside Carey). Chris is co-owner of DPS, a New York company that produces special events in entertainment, sports, and politics, as well as owner of Natas General Contractors, a New Jersey company that specializes in high end custom backyard structures and home remodeling. Carey is owner of Brand Groupies, a social media, public relations, and branding agency 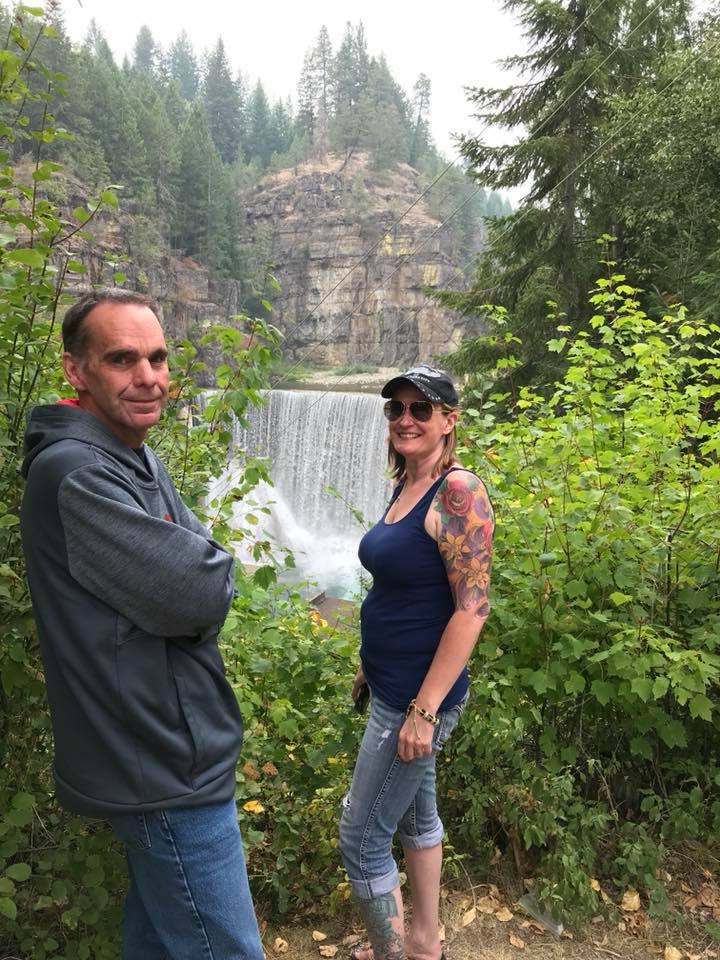 Jacqueline, the eldest of our children, lives in Calgary, Alberta, with partner Tony. Jacquie is a hypnotherapist, author, and instructor of advance hypnosis protocols. Tony, a finisher and contractor, is owner of Paramount Concrete Solutions 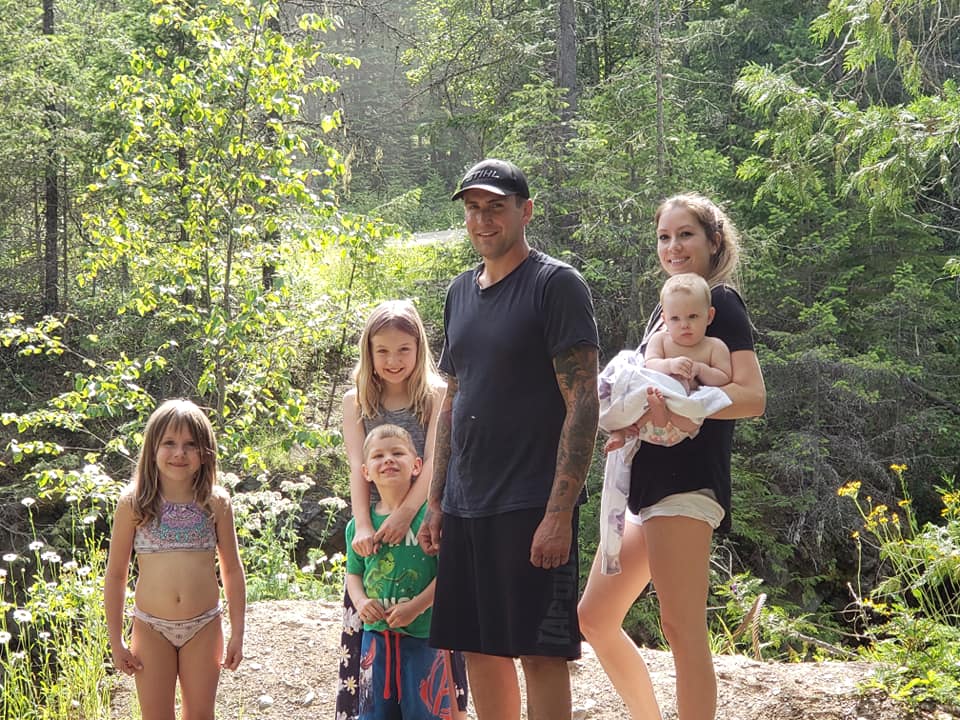 Grandson Matthew lives with partner Falen in Creston, British Columbia. Matt owns a landscaping company. Falen is a dental hygienist. They are shown with children Mia (beside Matt), Melody (standing nearby), Kade (against Mia), and Kendra (in Falen’s arms). 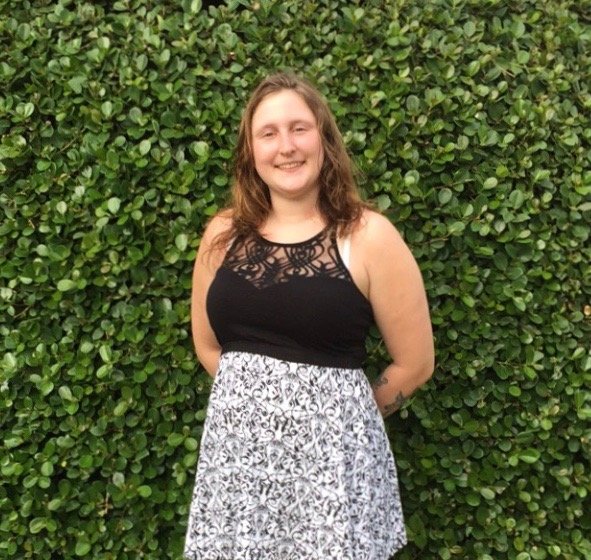 Granddaughter Shianne lives in Regina, Saskatchewan. She is in her final year of studies in social work at Regina University 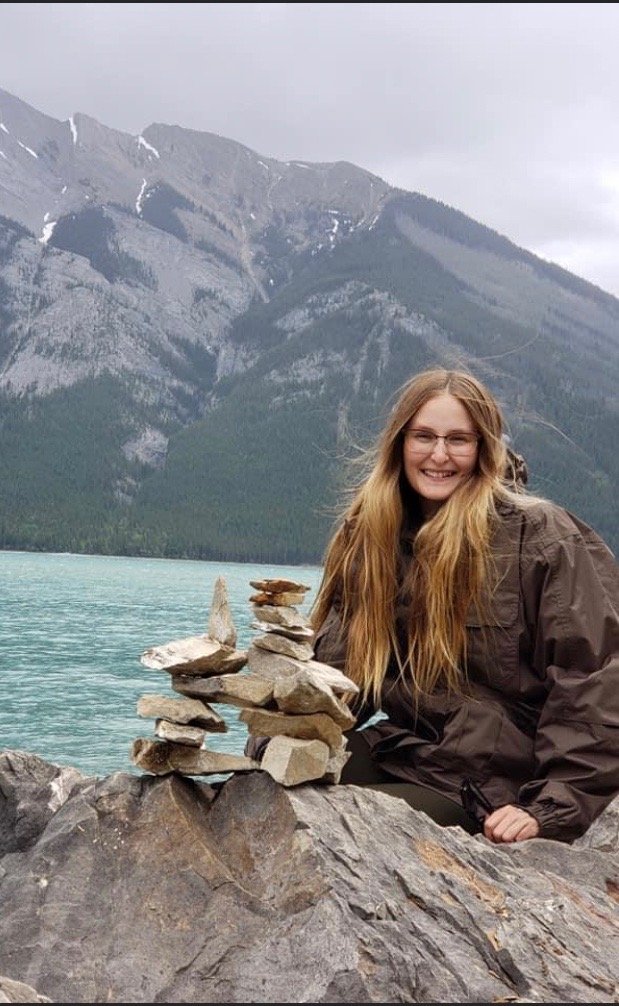 Jayden lives in Yorkton, Saskatchewan. She is a recent graduate of the Environmental Engineering Technology program at Saskatchewan Polytechnic and is currently a technologist for the Water Security Agency

Wanting to be an author is a dream; wanting to be a teacher is an practical goal. The goal I could and did work toward. Then, of course, marriage and motherhood intervened to take more and more time off my hands. Sian was six years old before I felt I had enough time to take up an evening hobby–writing!

I was addicted to the novels of Georgette Heyer, whom I had discovered only a few years before while working my way through a Grade XI reading list during a maternity leave. I cannot adequately explain how enchanted I was, how transported into a world I had experienced before only through Jane Austen. I knew that if ever I wrote, it was that romantic world of Regency England that I wanted to recreate. 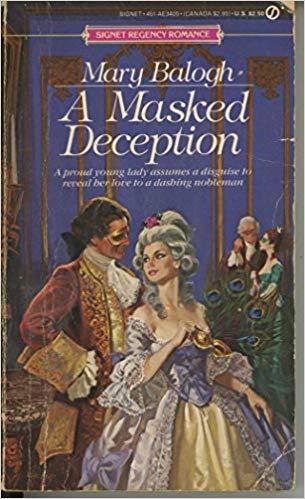 And so A Masked Deception got written in longhand at the kitchen table while home and family functioned around me after the supper dishes were done. Finally, at the end of 1983, three months after I had started it, the manuscript was ready to be submitted. But where? And how? I knew nothing about the publishing world and nothing about any writers’ organizations. To say I was a greenhorn would be to flatter me. I picked out the publisher I thought did the best job of Regencies, found a Canadian address inside the cover of one of the Signet books, and sent my manuscript there with a brief covering letter. The Mississauga address was a mere distribution centre! But incredibly someone there read the manuscript, liked, it, wrote to tell me so, and sent it on to New York. Two weeks later I had a call from Hilary Ross, offering me a two-book contract. Sometimes it pays not to have a clue what one is doing!

And so the dream became reality. A Masked Deception was published in 1985 and I won the Romantic Times Award for best new Regency writer that year. Since then there have been numerous Regencies, historicals, and novellas, and more awards too.

My first five books were written longhand and typed into an ancient typewriter. The First Snowdrop was the first book to be written into a computer–an all-in-one dinosaur of a machine that had me in transports of delight. I could actually go back and correct typing errors! I could make wholesale changes without having to rewrite the whole thing. Best of all–and I still have not quite recovered from the novelty of this–when I was finished, I could press a key (no mouse in those days!) and the printer would do the typing for me while I put my feet up and relaxed–or washed another load of dishes, or marked another set of essays…

Finally, in 1988, I was able to retire from teaching after twenty years in order to devote myself to my dream career. And as the children grew up and left home and empty bedrooms behind them, I was able to set up my own study and surround myself with all my books and finest treasures.

Let no one ever say that dreams cannot come true. They can with vision and effort and a little luck–well, perhaps a great deal of luck. 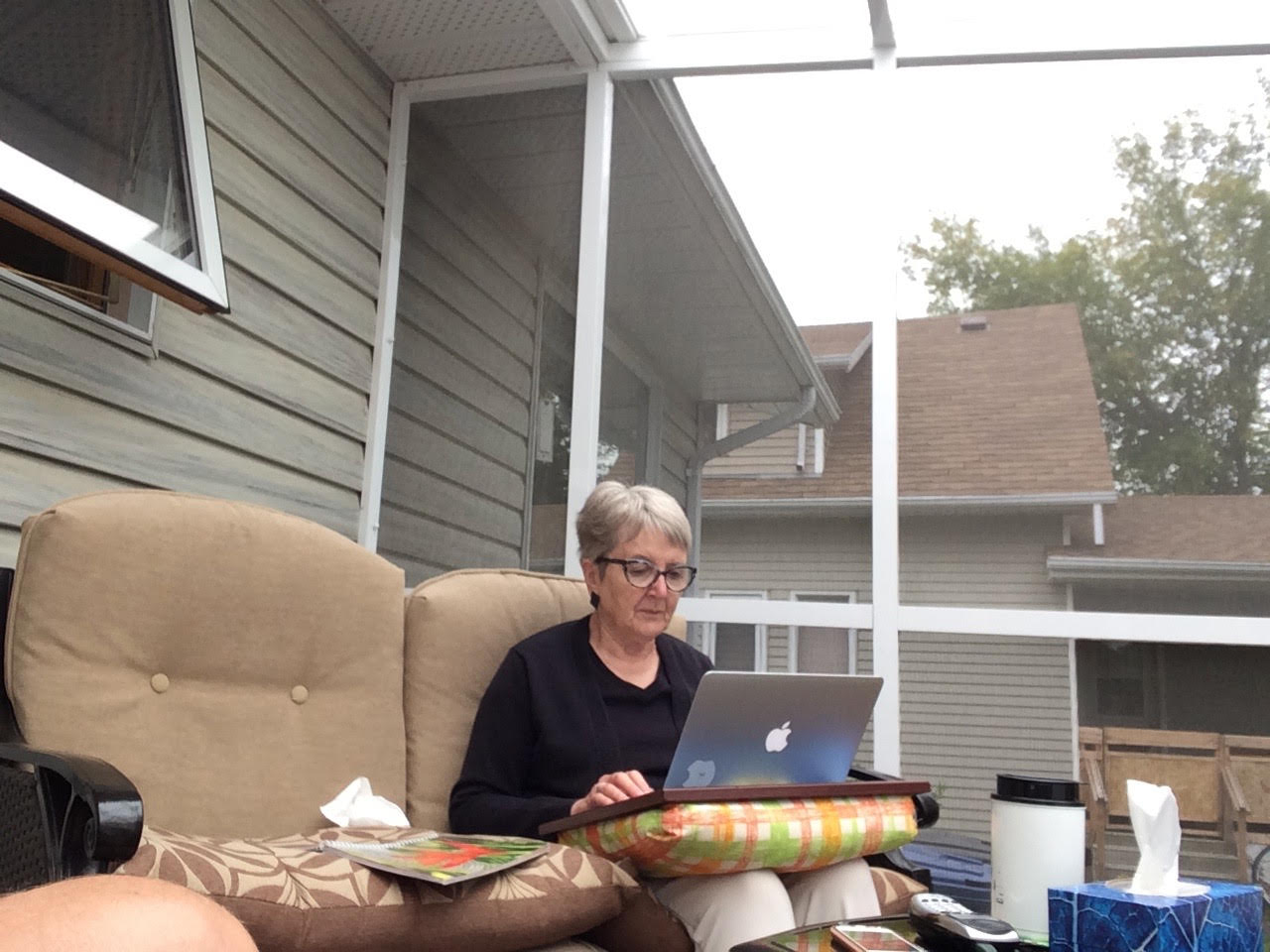 When I am not Writing

I am a voracious reader. I read anything and everything–fiction, non-fiction, classics, blockbusters, you name it–provided it can hold and sustain my attention through the first fifty pages. I used to plod dutifully through every book I started, but that changed after I suffered through Moby Dick a number of years ago. Life is too short and there are too many unread books out there for time to be wasted on what does not entertain me in any way at all.

I love music. This is hardly surprising, of course, when I grew up in Wales, most famous for its music. If you have not listened to a Welsh male voice choir, you have missed one of the most emotionally satisfying experiences of this life. I wrote a great deal about Welsh music in my historical Longing, most quoted by readers, I believe, as their favourite of my books.

I have always been a total klutz at sports. But I am absolutely unbeatable as an armchair player of tennis and curling. During grand slam tennis tournaments and Canadian and world curling championships, I often acquire square eyes in front of the television screen. 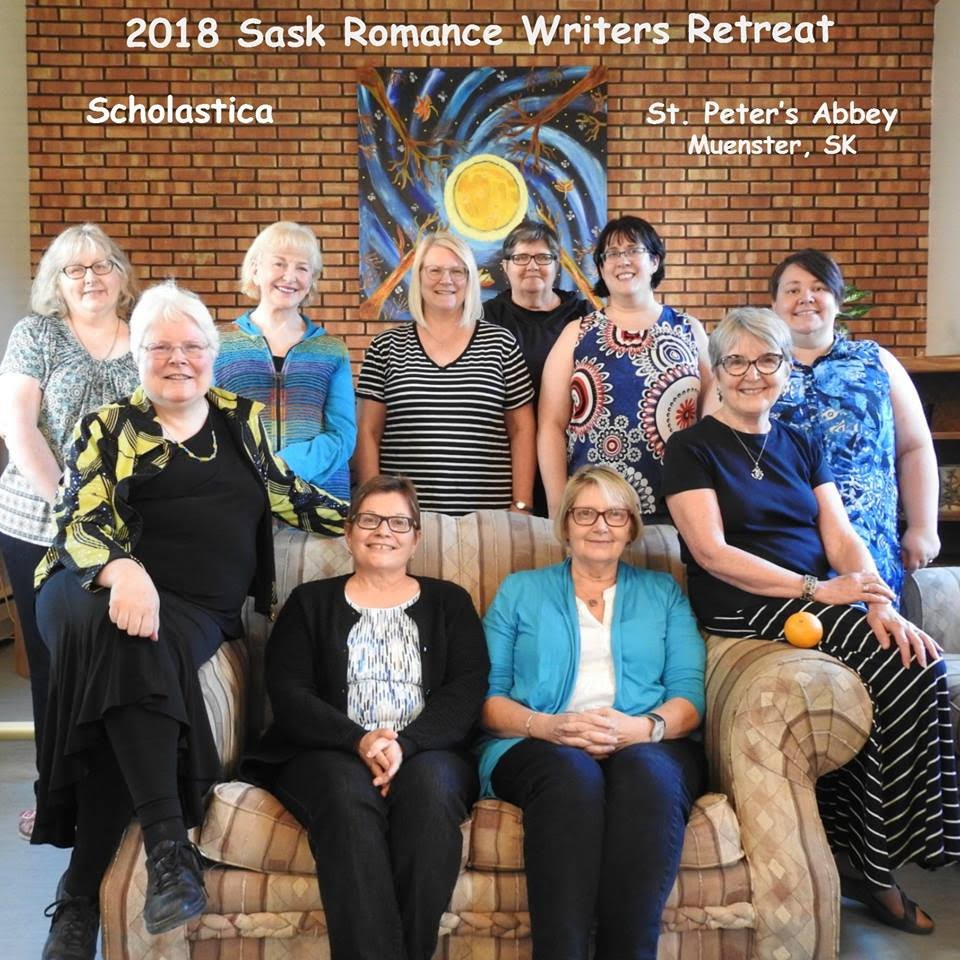 We now spend our summers in Kipling, Saskatchewan, a rural farming town of 1200 people, and our winters in the capital city of Regina 100 miles away, where we have a condominium. I belong to a writers’ group there, and my favorite evening of the month is the one on which we meet at a coffee shop to talk about our writing.