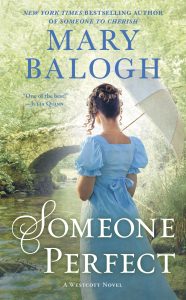 As a young man, Justin Wiley was banished by his father for mysterious reasons, but now his father is dead and Justin has been Earl of Brandon for six years. A dark, dour man, he nonetheless takes it as his responsibility to care for his half-sister, Maria, when her mother dies. He travels to her home to fetch her back to the family seat at Everleigh Park.

Although she adored him once, Maria now loathes Justin, and her friend Lady Estelle Lamarr can see immediately how his very name upsets her. When Justin arrives and invites Estelle and her brother to accompany Maria to Everleigh Park to help her adjust, she reluctanty agrees for Maria’s sake.

As family secrets unravel after Maria’s homecoming, Justin realizes his need for a countess. But while he may believe he has found the perfect candidate in the beautiful 25-year-old Lady Estelle, she is quite certain they could never make a match…

Note: Harry Westcott married Lydia Tavernor (b. 1793) in 1821, a few months before the start of this story.

Someone to Cherish2021, The Westcott Family Series