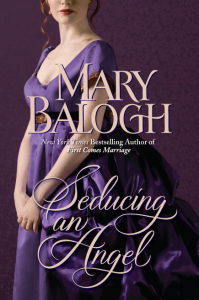 The recently widowed Cassandra Belmont, Lady Paget, has arrived in London during the social Season. But she receives neither welcome nor sympathy from society. Quite the opposite. There are questions surrounding the death of her husband, and rumor has it that Cassandra murdered him. Her son-in-law has used threats rather than law to cut her off without a penny. But she had dependents as well as herself to support. Her situation is desperate indeed when she decides there is only one way to save them all from destitution. She goes in search of a wealthy, well-connected protector-and she settles upon the Earl of Merton.

Stephen Huxtable, Earl of Merton, is now twenty-five years old, handsome, popular, and carefree. He is one of England’s most eligible and desirable bachelors. He has no interest in marrying just yet, but he is quite open to the idea of taking a mistress. When the beautiful Lady Paget appears very willing indeed, Stephen sees no reason to resist his attraction to her, despite her scandalous reputation. Until conscience sets in, that is, at the same time as he understands how Cassandra has deceived him.

The affair would seem to be over almost before it has begun.

Introductory Note: Stephen, Earl of Merton, and his second cousin, Constantine Huxtable, are riding in Hyde Park during the fashionable hour of the afternoon, when it is crowded with riders and strollers. They are chatting to each other and with various acquaintances they meet. Cassandra and Alice Haytor, her companion, are walking in the park. Cassandra, behind the heavy disguise of widow’s weeds and veil, is trying to learn from a group of ladies walking behind them what upcoming entertainments she might attend without an invitation. They have mentioned the Sheringford ball planned for the next evening (Lady Sheringford is Margaret, Stephen’s eldest sister). Cassandra is also looking over the gentlemen, trying to assess which are the wealthiest. Stephen and Cassandra see each other for the first time.

“It must be as hot as Hades under there,” Constantine said just after they had stopped to exchange pleasantries with a group of male acquaintances. He nodded in the direction of the footpath to their left.

There was a crowd of people walking there, but it was not difficult to see to whom Con referred.

There was a cluster of five ladies, all of them brightly and fashionably dressed in colors that complemented the summer. Just ahead of them were two other ladies, one of them decently clad in russet brown, a color more suited perhaps to autumn than summer, the other dressed in widow’s weeds of the deepest mourning period. She was black from head to toe. Even the black veil was so heavy that it was impossible to see her face, though she was no more than twenty feet away.

“Poor lady,” Stephen said. “She must have recently lost a husband.”

“At a pretty young age too, by the look of it,” Constantine said. “I wonder if her face lives up to the promise of her figure.”

Stephen was most attracted to very young ladies, whose figures tended to be youthfully lithe and slender. When he did finally turn his thoughts to matrimony, he had always assumed he would look among the newest crop of young hopefuls to arrive on the marriage mart and try to find among such crass commercialism a beauty whom he could like as well as admire and whom he could grow to love. A lady who would be willing to look beyond his title and wealth to know him and love him for who he was. A lady who was lithe and slender.

The lady in mourning was nothing like his ideal. She did not appear to be in the first blush of youth. Her figure was a little too mature for that. It was certainly an excellent figure, even though her widow’s weeds had not been designed to show it to full advantage.

He felt an unexpected rush of pure lust and was thoroughly ashamed of himself. Even if she had not been in deepest mourning he would have felt ashamed. He was not in the habit of gazing lustfully upon strangers, as so many young blades of his acquaintance were.

“I hope she does not boil in the heat,” he said. “Ah, here come Kate and Monty.”

Katherine Finley, Baroness Montford, was Stephen’s youngest sister. She had perfected the skill of riding only since her marriage five years ago, and was on horseback now. She was smiling at both of them. So was Monty.

“I came here to give my horse a good gallop,” Lord Montford said by way of greeting, “but it does not seem possible, does it?”

“Oh, Jasper,” Katherine said, “you did not! You came to show off the new riding hat you bought me this morning. Is it not dashing, Stephen? Do I not outshine every other lady in the park, Constantine?”

“I would say that plume would be a deadly weapon,” Con said, “if it did not curl around under your chin. It is very fetching instead. And you would outshine every other lady if you wore a bucket on your head.”

“Dash it all, Con,” Monty said. “A bucket would have cost me a lot less than the hat. It is too late now, though.”

“Well,” Katherine said, still laughing, “that was clever of me. I have squeezed a compliment out of all three of you. Are you going to Meg’s ball tomorrow, Constantine? If you are, I insist that you dance with me.”

Stephen forgot all about the curvaceous widow in black.

Alice walked silently and disapprovingly at her side. Cassandra had shushed her as soon as they had started strolling ahead of the five ladies. It was a loud, accusing silence that she held, though. Alice did not like this at all, and that was perfectly understandable. Cassandra would not like it if she had to stand helplessly by while either Alice or Mary plotted to prostitute herself so that she could eat.

Unfortunately, there was no alternative. Or if there was, Cassandra could not see it even though she had lain awake for several nights looking for one.

She glanced around as they walked, feeling a little as though she were at a masquerade, her identity effectively hidden behind a mask and domino. Her black veil was her mask, her heavy widow’s weeds her domino. She could see out–dimly–but no one could see in.

It was surely as hot as hell beneath the black clothes and the veil. She waited hopefully for clouds to cover the sun, but they were few and far between.

The whole of the beau monde must be squashed into this really quite small segment of Hyde Park. She had forgotten what the fashionable hour was like. Not that she had ever been a part of it. She had married young, and she had never had a come-out or an accompanying Season. Her eyes moved over all the ladies in the crowd and noted their bright, fashionable, costly attire. But it was not upon them that she focused her attention. They meant nothing to her.

It was at the gentlemen that she looked closely and consideringly. There were many of them, all ages and sizes and conditions. A few of them looked back at her despite her disguise, which must be singularly unappealing. She saw none she particularly fancied. Not that she had to fancy the man who was going to put money into her empty coffers.

Her attention caught and held upon two particular gentlemen, not just because they were both young and handsome, though they were, but because there was such a startling contrast between them that she felt she was looking at the devil and an angel.

The devil was the older of the two. She would put him in his middle thirties if she had to guess. He was very dark of both hair and complexion, with a handsome, rather harsh face and eyes that looked black. It seemed to her that he might be a dangerous man, and she shivered slightly despite the terrible heat in which she was enclosed.

The angel was younger–probably younger than she. He was golden blond and classically handsome, with regular features and an open, good-humored face. His mouth and eyes–she was sure they were blue–looked as though they smiled frequently.

Her eyes lingered on him. He looked tall and graceful in the saddle, well-muscled legs showing to advantage in tight buff riding breeches and black leather boots as they hugged the sides of his mount. He looked slender but well formed in his dark green, close-fitting riding coat. It molded itself to his frame, and she knew that it must have taken all of his valet’s strength to get him into it.

Angel and devil had both noticed her and were looking–the devil boldly and appreciatively, the angel with what looked like sympathy for her widowhood.

But then they were distracted by the sight of someone they knew–two people actually, a very fashionable lady on horseback and her companion, a man who was mockingly handsome.

And perhaps sealed his doom.

Something about him suggested an innocence to match his angelic looks. He was no doubt a very wealthy man indeed–Cassandra had just realized that the women behind her were talking about him.

“Oh,” one of them said with a sigh, “there is the Earl of Merton with Mr. Huxtable. Have you ever seen a more gorgeous man than he? And all that wealth and property to go with the looks. As well as the title. And golden hair and blue eyes and good teeth and a charming smile. It does not seem fair that one man should have so much. If I were just ten years younger–and single again.”

“I think I would prefer Mr. Huxtable,” one of the others said. “In fact, I know I would. All that brooding darkness, and those Greek looks. I would not mind if he set his boots beneath my bed one of these days when Rufus was gone.”

There were shrieks of shocked glee from her companions, and Cassandra noticed when she glanced at Alice that her lips had thinned almost to the point of disappearing altogether and that there were two spots of color high in her cheeks.

Angel and innocence and wealth and aristocracy, Cassandra thought. Could there be a more potent mix?

“I am either about to melt in a puddle on the path,” she said, “or explode into a million pieces. Neither of which is something I would enjoy. Shall we leave the crowd and walk home, Alice?”

“Some people,” her former governess said as they set off across an almost deserted lawn, “ought to have their mouths smacked and then washed out with soap. It is no wonder their children are so badly behaved, Cassie. And then they expect their governesses to exert discipline without scolding or slapping the little darlings.”

“It must be very provoking to you,” Cassandra said.

They walked for a while in silence.

“You are going to go to that ball, are you not?” Alice said as they stepped out onto the street. “Lady Sheringford’s.”

“It is not about your not getting in that I worry,” Alice said tartly.

Cassandra lapsed into silence again. There was no point in discussing the matter further. Alice must have come to the same conclusion, for she said no more either.

The Earl of Merton.

Would they be at the ball tomorrow evening?

But even if they were not, plenty of other gentlemen would be. 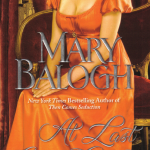 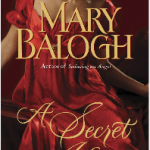