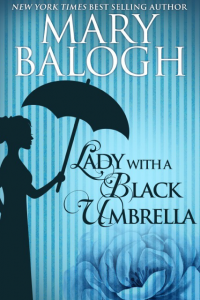 LADY WITH A BLACK UMBRELLA

Giles Fairhaven, Viscount Kincade, does not believe his life can get much worse after his purse is stolen at an inn before he has paid his bill and then he is set upon by three ruffians in the inn yard before he can leave. But it does grow worse when a little slip of a lady clad only in a flannel nightgown and wielding a large black man’s umbrella comes to his rescue and puts his assailants to rout and then–after he has left–pays his reckoning at the inn plus the money he lost the evening before in a card game with a fellow guest plus what he owed the barmaid with whom he spent the night. The ensuing gossip is almost too much humiliation for Giles to bear. Yet when he finds and confronts Daisy Morrison in London, far from being cowed by his displeasure, she declares with sunny good nature that if he insists upon repaying the slight favour she was able to do for him, then he can recommend a lady sponsor to her so that she may find a husband for her younger sister among the gentlemen of the ton. Inexplicably, Giles finds himself agreeing. His troubles are only just beginning. 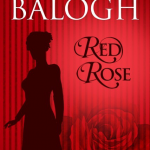 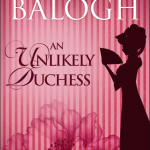