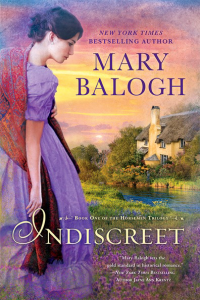 Catherine Winters has lived quietly in the village of Bodley-on-the-Water for a number of years. Although she is a lady and most people like her, there is a mystery surrounding her. It is known that she is a widow, but that is all anyone knows about her past. She is happy with her retired life. She does not want more. She teaches music to the children of Mr. and Mrs. Adams, who live at Bodley House nearby. Occasionally she is invited there to make up numbers for some social occasion if Mrs. Adams is short one lady guest. But Catherine is always apprehensive if there are guests expected from beyond the neighborhood. She is afraid she will recognize some of them—or that she will be recognized.

Rex Adams, Viscount Rawleigh, is Mr. Adams’s identical twin. When his brother and sister-in-law return to Bodley House after being away for a while, he goes with them along with two of his closest friends and a few other guests. Rex is bored and restless now that the Napoleonic Wars are at an end and he has sold his commission in a cavalry regiment. He also has a bit of a reputation as a rake. He does not expect to be vastly entertained in the country, but he hopes to find someone with whom to flirt for a few weeks. A pretty widow would suit his purpose admirably.

Catherine and Rex are on a collision course for disaster—and for the aftermath of disaster.

Everyone in the village of Bodley-on-the-Water is eagerly anticipating the return of Mr. and Mrs. Adams to the great house, bringing noble guests with them. When the cavalcade moves through the village, many people are out on the street to watch them go by. Among them is a reluctant Catherine:

Despite herself, Mrs. Catherine Winters, widow, found that she glanced far more often than she normally did through the front windows of her little thatched cottage at the southern end of the village street, and that she listened with heightened senses for the sound of approaching carriages. She loved her back garden more than the front because of the fruit trees with their branches hanging over the lawn and the shade they offered in the summer and because the river flowed and gurgled over mossy stones at the end of the garden. But she found herself more often than not in the front garden these days, watching the crocuses come into bud and a few brave shoots of the daffodil bulbs push through the soil. Though she would have scurried indoors fast enough if she really had heard carriages coming. She did so one morning only to find that it was the Reverend Ebenezer Lovering returning in his one-horse cart from a visit to a nearby farm.

She had mixed feelings about the return of the family to Bodley. The children would be happy. They had been longing for weeks for the return of their mama. She would come laden with gifts when she did come, of course, and spoil them for weeks, so that their classes would be disrupted. But then children needed their mother more than they did lessons of any description. Catherine gave them music lessons at the house twice a week, though neither child had a great deal of aptitude on the pianoforte. Of course they were young. Juliana was only eight years old, William seven.

Life was marginally more interesting when Mr. Adams and his wife were at home. Occasionally Catherine was invited to the house for dinner or for a card party. She was aware of the fact that it happened only when Mrs. Adams needed to even numbers and was one female short. And she was very aware of the condescension with which she was treated on such occasions. Even so, there was something treacherously pleasant about the opportunity to dress her best—though her self-made clothes must be woefully unfashionable by town standards, she was sure—and to be in company with people who had some conversation.

And Mr. Adams himself was always amiable and courteous. He was an extremely handsome gentleman and had passed on his looks to his children, though Mrs. Adams was rather lovely too. But Catherine had learned to avoid his company at the house. Mrs. Adams’s tongue could become decidedly barbed if the two of them fell into conversation together. Foolish woman—as if Catherine’s behavior had ever indicated that she was interested in dalliance of any kind.

She was not. She was finished with men. And with love. And with flirtation. They had brought her to where she was now. Not that she was complaining. She had a pleasant enough home in a pleasant enough village and she had learned how to occupy her time usefully so that the days were not unbearably tedious.

She was glad that the family was returning—partly glad. But they were bringing houseguests with them—plural. Viscount Rawleigh she did not know. She had never met him and never heard of him before she came to live at Bodley-on-the-Water. But there were to be other guests, doubtless people of ton. And there was the chance that she might know one or more of them—or, more to the point, that at least one of them might know her.

It was a remote chance, but it filled her with unease.

She did not want the peace of her life disturbed. It had been too hard won.

They came in the middle of one brisk but sunny afternoon when she was standing at the end of her front path, bidding farewell to Miss Agatha Downes, spinster daughter of a former rector, who had called on her and taken tea with her. It was quite impossible to scurry back inside so that she might cower behind the parlor curtain and observe while remaining unobserved. All she could do was stand there, without even a bonnet to shield her face, and wait to be recognized. She envied Toby, her terrier, who was safe inside the house, barking noisily.

There were three carriages, if one discounted the baggage coaches, which were some distance behind. It was impossible to see who rode in them, though Mrs. Adams leaned forward in her seat in the first of them in order to raise one hand and incline her head to them. Rather like a queen acknowledging her peasant subjects, Catherine thought with the humor that had carried her through all her encounters with Mrs. Adams. She nodded her head in reply to the greeting.

There were three gentlemen on horseback. A quick glance assured Catherine that two of them were strangers. And the third was no threat either. She had smiled at Mr. Adams and curtsied to him—something she always avoided doing whenever she could with his wife—before something in his bearing and in the cool unsmiling, arrogant way he looked back at her alerted her to the fact that he was not Mr. Adams at all.

Of course, Mr. Adams had a twin—Viscount Rawleigh. How humiliating! She could feel the color rising hotly to her cheeks and hoped he had ridden on far enough not to have noticed. She also hoped it would seem that her curtsy had been in general acknowledgment of the whole group.

“My dear Mrs. Winters,” Miss Downes was saying, “how gratifying it is that we happened to be outside and so close to the road when Mr. Adams and his dear wife and their distinguished guests returned home. It was most agreeable of Mrs. Adams to nod to us, I am sure. She might have stayed back in the shadows, as I am certain she was inclined to do after the tedium of a long journey.

“Yes,” Catherine agreed, “traveling is indeed a tiresome business, Miss Downes, and I am sure they will all be thankful to be at Bodley House in time for tea.”

Miss Downes stepped out through the gateway and turned in the direction of home, eager to share what she had just seen with her aged invalid mother. Catherine looked after her down the street and saw in some amusement that everyone seemed to be out of doors. It was as if a great procession had just gone past and everyone was still basking in the glory of having seen it.

She was still feeling mortified. Perhaps Viscount Rawleigh would have realized the mistake she had made in singling him out for her curtsy—and her smile. Perhaps, she thought hopefully, other people in the village had done the same thing. Perhaps some of them did not realize even yet the mistake they had made.

His looks were almost identical to Mr. Adams’s, she thought. But if first impressions were anything to judge by—and she judged by them even though she realized that she was perhaps being unfair—he was quite different in character. This man was haughty and lacking in humor. There had been a coldness in his dark eyes. Perhaps it was a difference that twenty fateful minutes had wrought. Lord Rawleigh had all the consequence of a title and a large fortune and a rich and vast property to live up to.

She hoped she would not have the embarrassment of meeting him again. She hoped that his stay at Bodley would be of short duration, though it was altogether probable that he had not even noticed her more particularly than anyone else in his regal progress along the street. 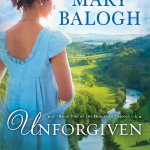