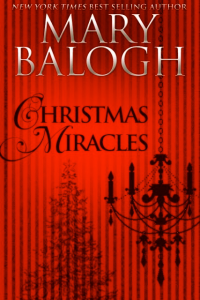 Christmas Miracles brings together three previously published and long out-of-print novellas, each of which demonstrates how the wonder of Christmas can bring together two would-be lovers or reconcile an estranged couple in a miracle of love that will last a lifetime and beyond.

In The Wassail Bowl a nobleman has summoned his young son to join him for a Christmas house party but is disconcerted when his estranged wife and her illegitimate daughter arrive with him. When he expresses his displeasure, she picks up a large bowl of wassail from the hall table and dashes its sticky contents into his face in full view of a number of his guests. And that is only the start…

In The Bond Street Carolers a gentleman who hates Christmas is appalled when his ears are assailed on fashionable Bond Street in London by a group of inferior carolers. But suddenly he is rooted to the spot by the pure soprano voice of a young boy soloist. As a connoisseur of music and the arts, he knows he must persuade the boy to sing at one of his concerts—or, rather, he must persuade the boy’s widowed mother to allow it. She, however, is quite adamant in her refusal to permit no such exploitation of her son.

In Guarded by Angels a man and his estranged wife are separately marooned at the same lonely cottage in the midst of an unexpected snowstorm and must spend Christmas together without coming to blows. But was it just coincidence that brought them there? Or were the young boy and his grandmother who found them in the storm and led them to their cottage more than they seemed? 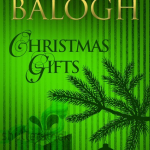 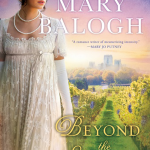