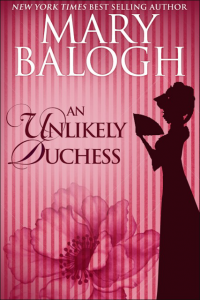 A very proper aristocrat, who always does his duty and never sets a foot wrong, the young Duke of Mitford is on his way into the country to propose marriage, sight unseen, to a young lady of equal virtue and propriety chosen for him by his grandfather and hers. For once in his life, Paul decides to have a little adventure by traveling there incognito and without his usual ducal entourage. He finds the experience disappointing until at an inn one evening he rescues a female from certain ravishment and then learns that she is fleeing from the dreadful fate of having to marry the Duke of Mitford. Before Josephine Middleton discovers the true identity of her rescuer, the two of them are embroiled in a very big, mad adventure after she finds that her would-be abductor has stolen her jewels. 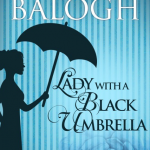 LADY WITH A BLACK UMBRELLAOther 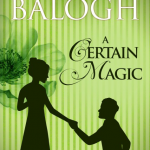