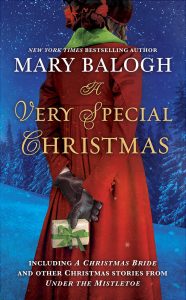 Edgar Downes is a very wealthy middle-class man. He is in his mid-thirties, and finally, his father considers that it is time for him to settle down and start a family with a respectable young bride. Edgar sets off for London, vowing that he will be married or at least engaged before Christmas. Helena, Lady Stapleton, a widow in her mid-thirties, has lived for years with the guilt of having once tried to seduce her young and impressionable stepson. She has grown cynical and bored and plans to seek diversion by spending Christmas with friends in Italy. But after Edgar and Helena meet by chance at an evening party, they somehow end up spending the night together, an indiscretion that upsets all their plans and turns their very lives upside down.

The Star of Bethlehem

No Room at the Inn

Excerpt from A CHRISTMAS BRIDE

Although Edgar is of the middle class, he has upper class contacts in London, including his sister, who is married to Lord Frances Kneller. He has been invited to a tonsoiree, where his attention is caught by a late arrival, a lady well past girlhood who is wearing a daring scarlet gown. Helena, Lady Stapleton notices him too as she stands on the threshold of the room.

And then her eyes, moving on to another group, alit on a man whom she did not know—and paused on him. At first she looked only because he presented the novelty of being a stranger. And then she looked because he looked back and she would not glance away hastily and in apparent confusion. Though in reality there was more reason to look at him than stubbornness. He was a very tall and very large gentleman. Large not in the sense of fatness. She doubted there was one spare ounce of fat on his frame. But he was certainly not a slender man. It was a perfectly proportioned frame—she looked it down and up again in leisurely fashion, noting at the same time the simple yet very expensive elegance of his clothing. And he had a head and face worthy of such a body. His brown hair was short but expertly styled. His face was strikingly handsome. He gave an impression of strength and power, she thought. Not just physical power. He looked like a man who knew exactly who he was and what he was and was well satisfied with both. Like a man who knew his own mind and was comfortable with his own decisions and would not be easily moved by anyone who opposed him.

She felt a wave of pure lust before he looked away to pay attention to the Graingers, with whom he stood, and the Earl of Greenwald arrived almost simultaneously to greet her. She explained that her aunt had been persuaded to stay at home to nurse a persistent cough.

Who was he? She wondered. She would not ask, of course. It was not her way to signal so direct an interest in a man. But she set about maneuvering matters slowly—there was no hurry—so that she would find out. And not only find out who he was. She was going to meet him. It was quite soon obvious to her that the man was not married, even though he must be very close to her own age. There was no strange lady in the Greenwalds’ drawing room. And it was unlikely that he had a wife who was absent. The Graingers took much of his time, and it was an open secret that they had brought their daughter to town in the hope of finding her a husband before Christmas. They were not wealthy. They could not afford to bring their daughter to town during the Season, when there would be the exorbitant expenses of a court dress and innumerable ball and party gowns. And so they had come now, hoping that there would be a single gentleman of sufficient means to be snared. The girl was twenty and perilously close to being on the shelf.

The unknown gentleman must be both single and rich. He certainly looked rich—wealthy and self-assured enough not to have to make an obvious display of his wealth. He was not bedecked with jewels and fobs and lace. But his tailor doubtless charged him a minor fortune to fashion coats such as the one he wore tonight.

She talked with Lord Carew and Lord Frances Kneller and their wives for a while, and then sat with elderly Lord Holmes during a musical presentation. She told Mr. and Mrs. Prothero and a growing gathering of other people about some of her more uncomfortable experiences in Egypt while they all refreshed themselves with a drink together afterward and then accepted Sir Eric Mumford’s invitation to join him at the supper table. He did not even realize that she led him rather than submitting to being led once they were inside the dining room. She seated herself beside the still-unknown gentleman, but turned her head immediately away from him to speak with her partner.

She was an expert at maneuvering matters to her own liking. Especially where men were concerned. Men were so easily manipulated. She laughed with amusement at something Sir Eric said.

Her low laugh shivered down his spine. It came straight from the bedchamber, even though she was sitting in a crowded dinning room beneath brightly lighted chandeliers.

She had seated herself in the empty chair beside his and was reacting to something her supper companion had said to her. She was totally unaware of him, of course, Edgar thought, as she had been all evening after that first assessing glance. She had not once looked his way after that. She was Lady Stapleton, widow of Sir Christian Stapleton of Brookhurst. Brookhurst was not so very far from Mobley Abbey—not above twenty-five or thirty mules. But she did not live there now. Sir Gerald Stapleton, the present owner, was only her stepson.

Edgar had been introduced to three marriageable ladies during the course of the evening, all of whose parents had clearly been informed of his own possible interest and had acquiesced in allowing their daughters to be presented to a man whose immense wealth would perhaps compensate for the fact that he was not a gentleman. All three ladies were amiable, genteel, pretty. All three knew that he was a prospective bridegroom and they appeared docile and accepting. His sister and her cohorts had done a superlative job in so short a time, he thought. They had gone about things the correct way, choosing with care, and leaving him choices.

There was only one problem—well, two actually, but the second was not in the nature of a real problem, only of annoyance. The problem was that all three ladies appeared impossibly young to him. It struck him that any one of them would be a perfect choice for just that reason. All three had any number of breeding years ahead, and breeding was one of his main inducements to marry. But they seemed alarmingly young to him. Or rather, perhaps, he felt alarmingly old. Did he want a wife only so that he might breed her? He wanted more than that, of course. Far more.

And the problem that was not a problem was his constant awareness—an uncomfortable, purely physical awareness—of the lady in scarlet. Lady Stapleton. His mouth had turned dry as soon as she seated herself beside him and he smelled her perfume—something subtle and feminine and obviously very expensive.

And then she turned his way, leaned forward slightly, ignored him completely, and spoke to the young lady at his other side.

“How do you do, Miss Grainger?” she said. “Allow me to tell you how pretty you look in blue. It is your color.”

Her bosom brushed the top of the table as she spoke. And her voice was pure warm velvet. Edgar could see, now that he was close, that the red highlights he had noticed in her dark hair were no reflection of her gown. They were real. He could not make up his mind whether her eyes were hazel or green. They had elements of both colors.

“Why, thank you,” Miss Grainger said, blushing and gratified. “But I sometimes wish I could wear vivid colors as you do.”

Her eyes came to his. She did not move back, even though she was still leaning forward and was very close to him. He resisted the urge to move back himself. She looked very directly at him, a faint mockery or amusement or both in the depths of her glance.

“Ma’am,” he said, inclining his head.

“Mr. Downes.” She gazed at him. “Ah, now I remember. Lady Frances Kneller was a Downes before her marriage, was she not?”

“Ah.” She made no immediate attempt to say anything else. He could almost sense her remembering that Cora was the daughter of a Bristol merchant and realizing that he was no gentleman. That half-smile deepened for a moment. “You are from the west country, sir?”

“From Bristol, ma’am,” he said. And lest she was not quite clear on the matter, “I have lived there all my life and have worked there all my adult life, first as a lawyer and more recently as a merchant.”

“How fascinating,” she murmured, her eyes moving to his lips for a disconcerting moment. He was not sure if it was sincerity or mockery he heard in her voice. “Pardon me. I am neglecting Sir Eric quite shamefully.”

She turned back to her companion. Obviously it had been mockery. Lady Stapleton had found herself seated beside a cit and conversing with him before realizing who he was. She would not repeat the mistake.

He set himself to making Miss Grainger feel comfortable again. 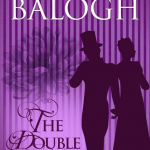 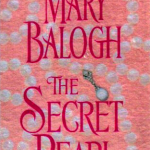