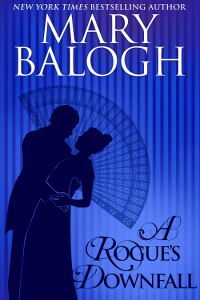 This is an anthology of three previously-published novellas. They have the common theme of a rake and rogue receiving his comeuppance at the hands of a woman who tames him.

After the Earl of Reardon, one of London’s most notorious rakes, ruined the virtue and reputation of a young lady at a masquerade ball on Valentine’s Day, he did the honorable thing and married her before settling her at his country estate and abandoning her there. Now, one year later, he has returned home to his wife and young son, wondering if it is too late to woo her properly and make amends for a year of shameful neglect.

During a dull evening at a particularly tedious house party Viscount Lyndon, a notorious rake, makes an assignation to spend the night with a willing widow. In the darkness, however, he opens the wrong door and enters the wrong room. He soon finds himself honor-bound to offer for the young lady who was the unfortunate victim of his error. She, however, does not react with predictable meekness. Instead, she sets out to bring him to his knees.

Miss Peabody and her mother are ecstatic when Mr. Bancroft, London’s most elusive bachelor, accepts an invitation to a house party at their country estate. They boast that he is about to offer marriage. However, it is upon Patricia Mangan, the quiet, unremarkable, impoverished niece Mrs. Peabody treats more as a servant than a relative, that Mr. Bancroft finds himself turning his attentions, surprising himself as much as he surprises her and everyone else. 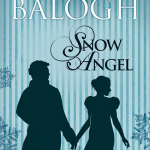 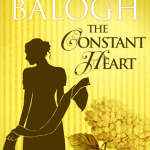